In 1928, newspaper photographer Tom Howard—acting as an official witness to an execution—strapped a miniature camera to his ankle and snapped the exact moment of Ruth Snyder’s death by electrocution. More info… 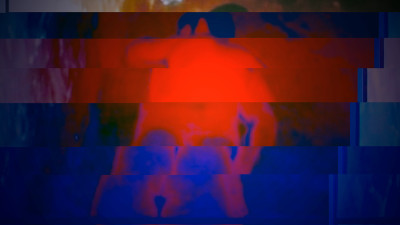 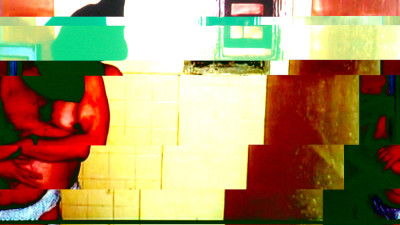 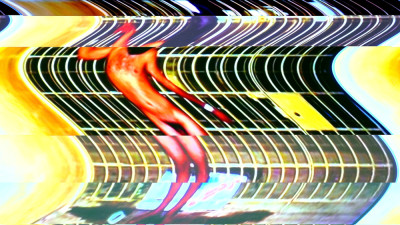 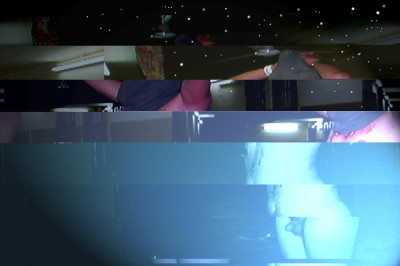 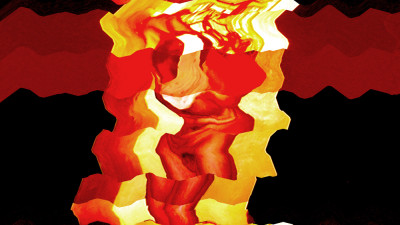 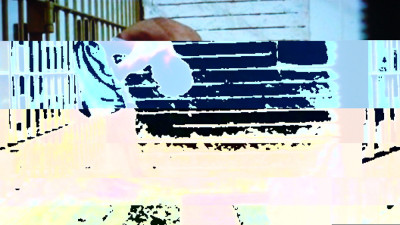 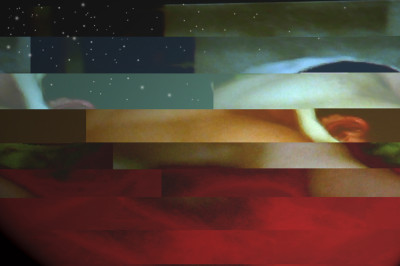 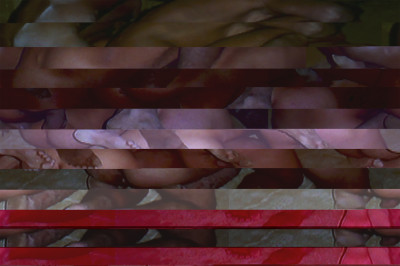 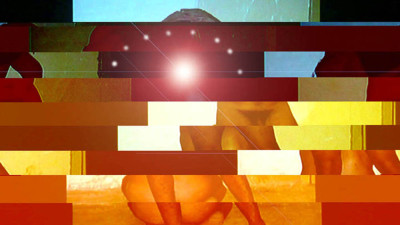 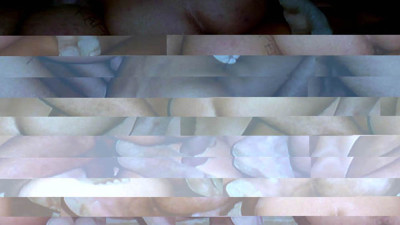 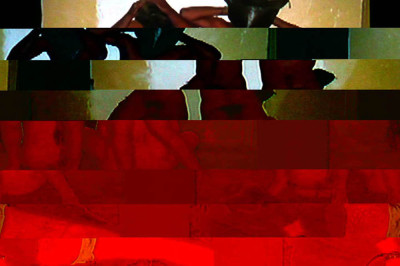 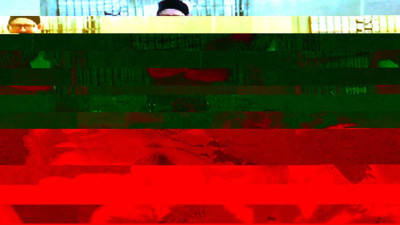 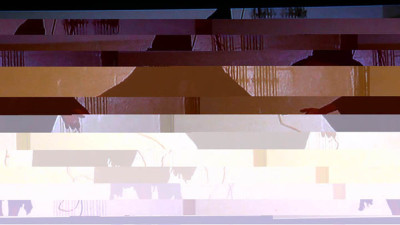 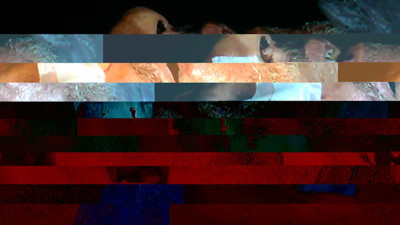 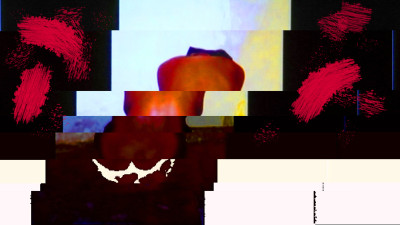 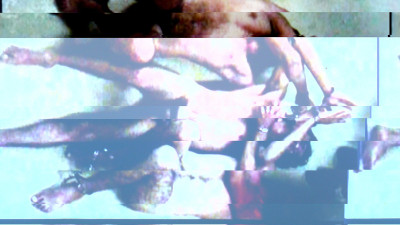 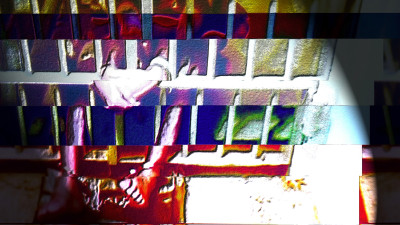 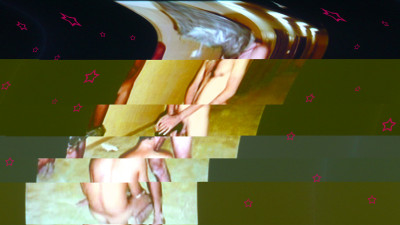 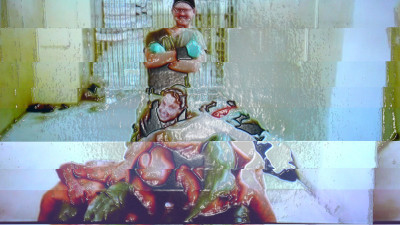 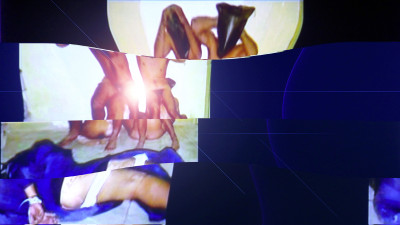 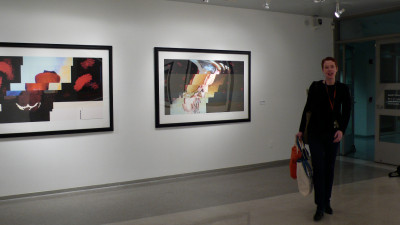 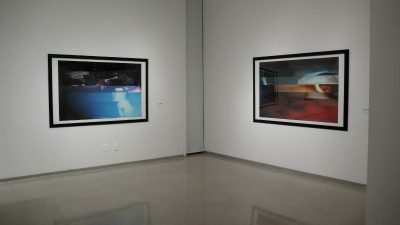 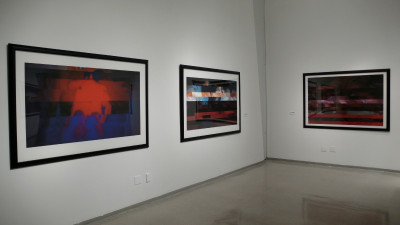 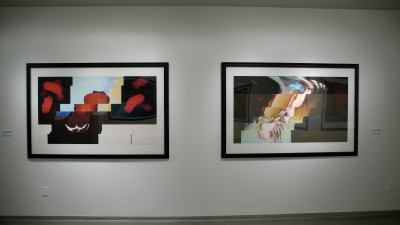 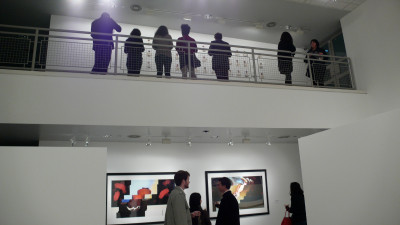 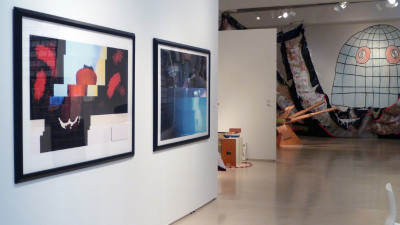 In 1928, newspaper photographer Tom Howard—acting as an official witness to an execution—strapped a miniature camera to his ankle and snapped the exact moment of Ruth Snyder’s death by electrocution. Published in the New York Daily News the following day this historic blurry image marked the first photographic record of death by electric chair. If Howard’s image was the benchmark for public acceptance of gruesome and lurid imagery in the late 1920s then today’s equivalent must surely be the naked, hooded and shackled Iraqi prisoners photographed by American soldiers at Abu Ghraib. Twistingly choreographed into pornographic vignettes, the blatant sadomasochistic content—prisoners piled in heaps, forced to perform degrading sexual acts amongst themselves, and in some cases with their captors—portrays a cruelty that is almost (but not quite) beyond belief. Existing as a testament to our capacity to behave egregiously they refuse to fade.

By intentionally corrupting the digital files of these insistently barbarous Abu Ghraib pictures, Los Angeles based artist Clayton Campbell has transformed them into large-scale geometric painterly works. Bands of translucent reds, blues and purples migrate across the surface shredding and obscuring as they go, allowing an indulgence in sensuous abstraction, a short-lived reprieve from the heinous acts.  Resembling ancient Mesopotamian sculptural fragments—like those looted at the beginning of the US “Operation Iraqi Freedom,” the bodies detach and re-combine in surprisingly exquisite arrangements. The bands, reminiscent of those used to adjust the color image on our televisions, imply our readiness to accommodate and compromise our points of view. In a post 9-11 world are we willing to accept torture and surrender our civil liberties? What are our true colors and how far are we willing to adjust them? Campbell’s formal filter of distortion becomes a metaphor for averting our eyes—something we are only too eager to do.